We are now headed to Kearney NE to attend the Nebraska Fair Board Convention!
We will also be doing a concert at the Methodist church in Minden NE on Saturday January 25th at 7pm!  We are very excited and are expecting revival!  We hope to see you there! 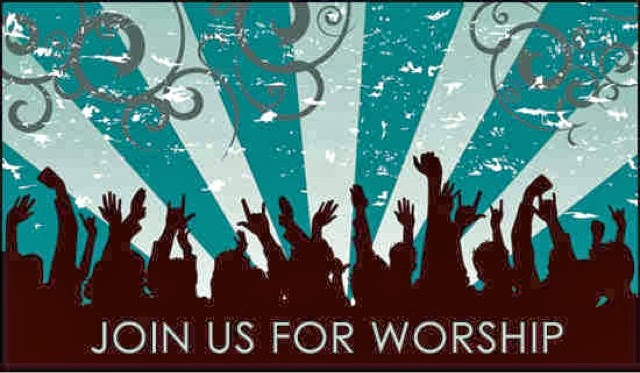 I hope everyone has had a wonderful time with your family and friends this Thanksgiving and Christmas season:)
We are so excited about the new year and all it has to offer.  We are currently in the process of booking our 2014 "Small Town America Tour" with great success.
Be sure to check the website for upcoming shows and news:)
We are working on business/corporate funding/sponsors to help aid in our tour.  During this tour we will be playing rodeos, fairs, festivals, churches, Domestic violence and sexual assault shelters, family shelters, transitional housing, and foster programs.  We are so blessed to be able to share the promises of The Lord to so many people that are in dyer need, and watch them come to pass.
Along with providing family friendly, wholesome music, we will also be providing prayer, and packets of information with options, for when one is ready to leave an unhealthy situation.  We are so excited to embark on this trip, as well as travel and see the country:)  We hope we get to meet you and get to know you this summer:).
Be sure to checkout our music on iTunes and kristinacraig.com, like us on Facebook (it does make a difference) and come out to our shows if you can:) We would love to see you...

God Bless You, I know He has and most definitely will:)

I hope you are enjoying this cooler weather and looking forward to the holiday season of Thanksgiving and Christmas!  I just wanted to shoot you a little note and let you know what's been going on with The Kristina Craig Band!

We just got finished with The Inspirational Country Music Awards in October!  We were up for "Vocal Group of the Year"!  Tho we didn't win the award we had the absolute best time at the award show!  I was blessed to be a presenter for the 2013 Faith Family & Country, Movie of the Year, and got to meet the most precious people!  The night was truly a success!
We are getting ready to head to Colorado for a Fair Managers Showcase in the beginning of November for a few days!  I hope we get to see the mountains while we are there, as well as fill up our calendar with Bookings for this next summer!  We are planning our 2014 "Small Town America Tour" and are so excited to be able to travel the United States and go places we've never been! We are seeking after Sponsorship's to help fund this Tour, because there will be A TON of ministry going on and we don't want a lack of money to stop us from going!  Lords knows, Sponsor or no sponsor, If the Lord tells us to go, we are going, and gladly so=)
Hightower Booking is really getting off the ground!  Donna Barker (owner of Hightower and Our Bass player=) is getting quite the roster of artists from all different genres of music and is also expanding and adding agents to the Hightower Team!  We are so excited of how quickly this has taken off!
We definitely miss every single place we played at last year and are so excited to come back!  We are still telling story's of your town, and how each fan that came to a show has blessed our hearts!

We will keep you posted of more news and updates next month=)  Please send me any prayer requests you have!  We would love to pray for you!  Have a wonderful Thanksgiving!  God Bless you! 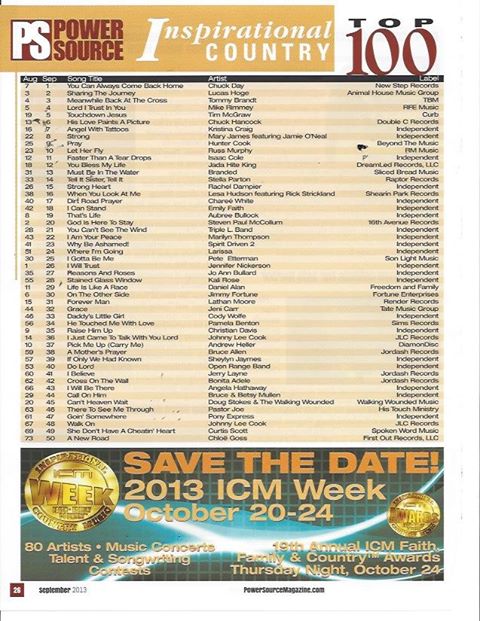 I have had the privilege to be featured in Power Source Magazine. This is the review they wrote about my new album,'Angel With Tattoos'.


Kristina Craig's new 12-song album, Angel With Tattoos, has been released and is already making some noise. The album kicks off with a delightful harmony piece that leads into the feel-good, up-tempo song, "Nowhere To Be." This commercial Country gem has slick production that allows Craig's vocal to shine. Craig's songwriting is also very impressive, as she co-wrote every song on the album.

The title track "Angel With Tattoos" is a well crafted Country song that reminds us blessings come in all different forms, which is something we all need to remember. Another standout track is "Glory Shine," which is an up-tempo Praise song, which adds a nice touch to this album.
Craig's vocal has a wonderful familiarity to  it that is going to help her succeed. Craig says this album was a long time in the making, so let's hope another one comes soon!
Email This BlogThis! Share to Twitter Share to Facebook

KRISTINA'S HAPPENINGS
Thank you for stopping by! I hope you enjoy our Blog and some fun facts!